A DRAMA WHICH IS NOT BORING. 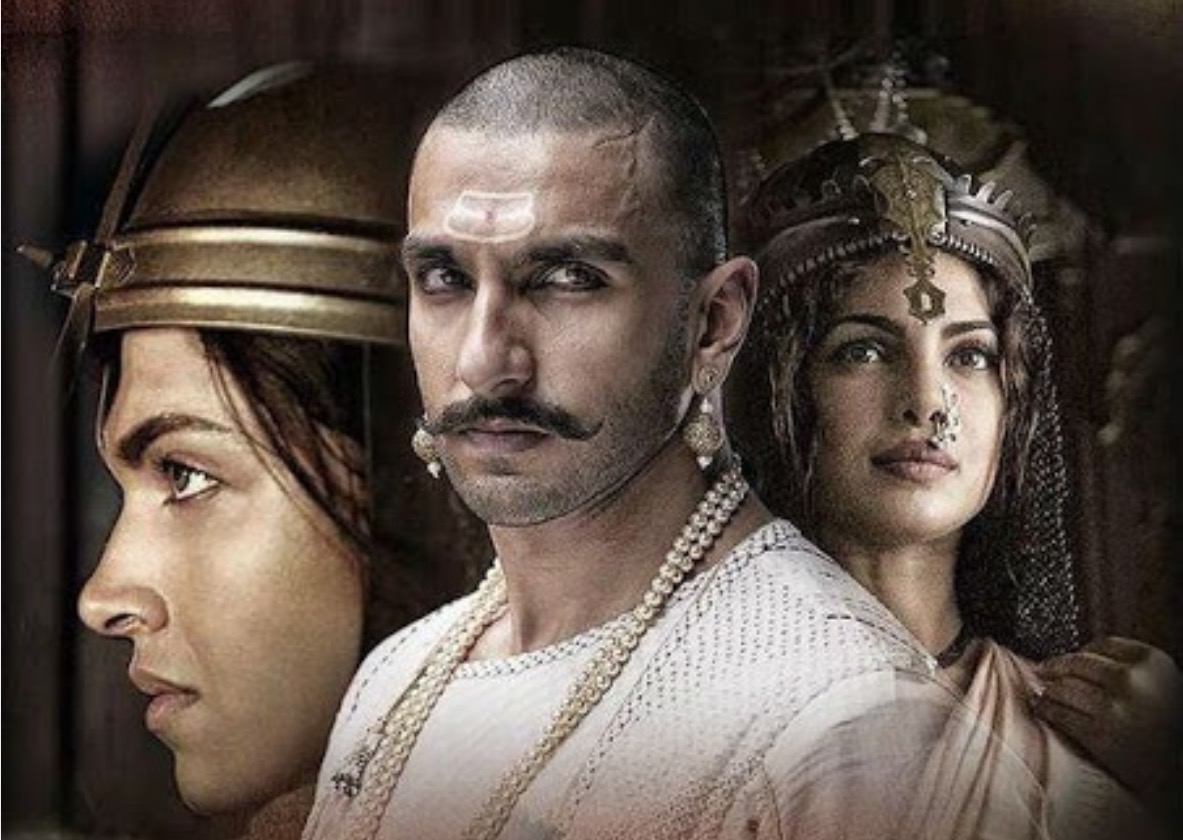 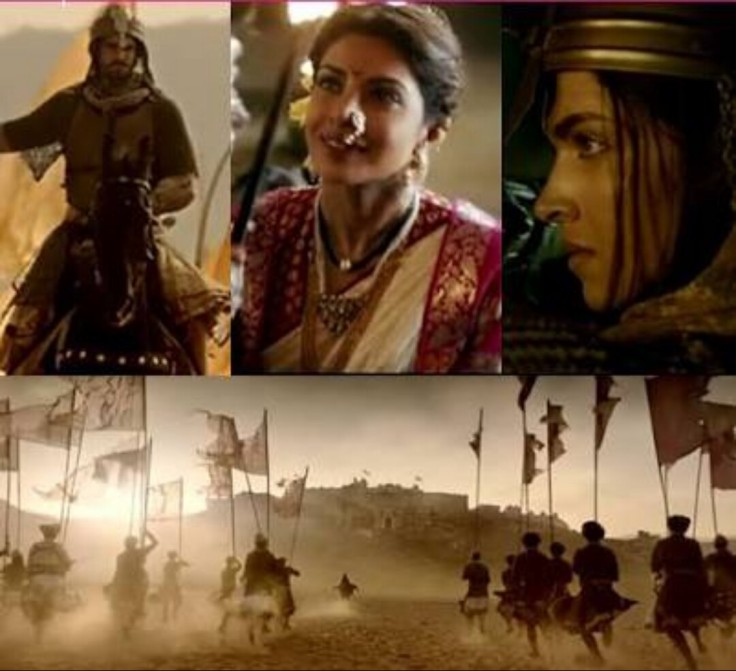 Bajirao Mastani:-This  is a period drama film. It is
based on the Maratha history, although Sanjay Leela Bhansali did make it clear in the disclaimier that the movie is not historically accurate.That does tell us that there has been some modifications for the story but its base is from the Maratha history.

The plot revolves around the love story of a warrior Peshwa Bhajirao(Ranveer singh).The film starts with Chatarapathi Shahu(Mahesh Manjrekar) selecting a person for the post of the Peshwa.Bajirao then proves himself worthy of the post and is rewarded with the title.A messenger apporaches Bajirao for his help against their enemies, this is when Bajirao meets Mastani(Deepika Padukone) for the first time.Bajirao accompanies Mastani to her kingdom and helps her save the kingdom from the enemies.As time passes, married Bhajirao leaves Mastani madly in love with him(she does not know he is married). Back in Pune, Kashi(Priyanka Chopra) welcomes her husband from the battle.

Mastani follows her heart and comes in search of Bajirao to express her love.Bhajirao accepts her as his wife but makes it clear that Kashi would always be his first wife and Mastani accepts for the other conditions and they get married. This is when Kashi,mother Radhabhai(Tanvi Amzi),brother Chimaji(Vaibhav Tatwawdi)and son Nana Saheb(Ayush Tandon),each in their own way prevent Mastani from meeting Bhajirao and take measures to make sure that she does not become apart of the Peshwa family. Masatni is humiliated and even tortured but she would not give up her love for Bhajirao.The story tell us how strong the love is between Bhajirao and Mastani.

Speaking of performances this has been Ranveer singh’s best performance,he was the perfect Maratha warrior.The way he carried himslef,his accent were all just perfect.Deepika as Mastani killed with her looks she was also portrayed has a warrior, she had really done a great job. Priyanka Chopra might have not had a lot of scenes  but the ones in which she was present had a huge impact.Tanvi Amzi had done a good job but there was something missing in her performance.The supporting cast Mahesh Manjrekar,Ayush Tandon,Vaibhav Tatwawdi had done an excellent performance especially Tatwadi(Brother Chimaji).

The sets,cinematography of Bhajirao Mastani were extravagent.They were so grand and magnificent,especially the palace interiors, mirrior palace etc. The arts and visuals were amazing.Bhansali is known for his lavish sets and visuals and this one would certainly not let you down. The songs and background scores made the movie have more life especially the song where Kashi and Mastani dance together.
OVERALL:This movie is certainly worth the money you pay. Bajirao Masatni is a movie which would keep you engaged with the film from the very beginning till the end.Even if you do not like history films you would find this one interesting. For a good experience this movie should be watched in theatres for the visuals and effects. 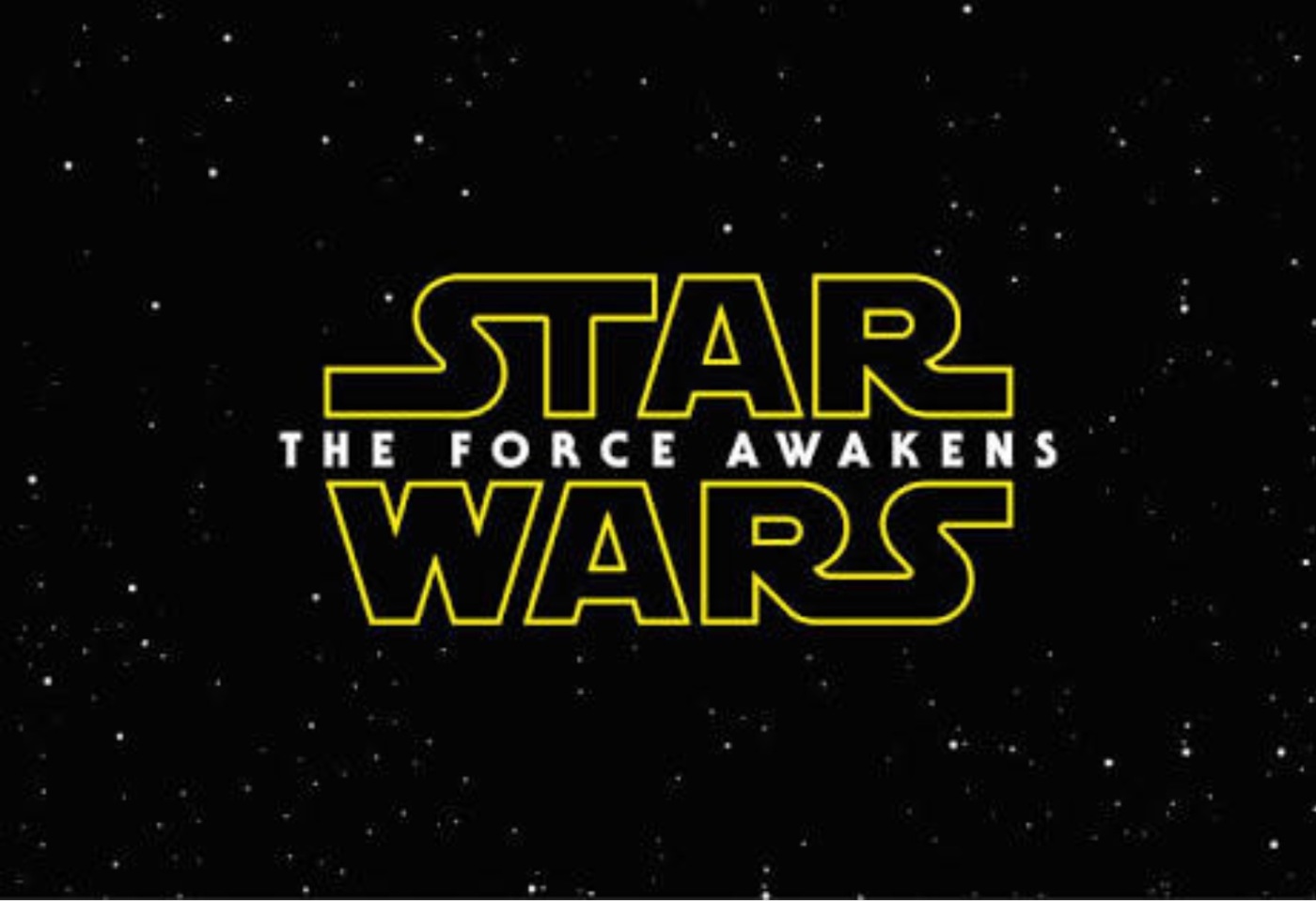 Star Wars The Force Awakens: The famous space opera franchise returns after exactly 10 years, which has left all fans really excited. Unfortunately in India it was released a week later.

The Star Wars theme had brought joy to the audience the minute it came after “A long time ago in galaxy far far away”. People through out the theatre went wild by shouting ,trying to remember their past memories with the movies. Each character was invited with applauses and cheering which shows us that the force was still strong with fans of the franchise. But was the force strong with the movie?

We all know that till now the original trilogy was the most liked and part4: A new hope was the best of them all, well it remains to be. This plot was neat but a lot of resemblance from the original trilogy was found especially the first 20-25 minutes. I felt that a few scenes were just updated and recycled from the original trilogy. We don’t know if it was JJ.Abrams intention to make us think about some questions for which we weren’t given proper   answers. Maybe all of those will be answered in the upcoming film. In the end the plot  is satisfactory to all espsically the fans new twists and introduction of new characters makes the film more enjoyable. Leaving all this aside the film is enjoying its run at the box office.

All the new characters which were added seemed necessary for further development of the upcoming stories(didn’t mention the names).Also memorable  moments are when the old crew comes back on screen. Especially Han and Chewie . Although there wasn’t enough detail given about these new characters there were questions which were left unanswered regarding their power,ability etc, but as I said earlier maybe it was done on purpose so that those questions could get answered in the upcoming movies. The droid BB-8  has gained its love from everyone in the first movie itself it was really cute, but we all know there’s no substitution for R2-D2. The villains character was a weak one but also a interesting one. Again we faced the problem of less details given on him. Hopefully we have reasons for all these in the upcoming films.

The technical side of the film was just “WOW”. During 1977 the world was amazed with effects and visuals used in the film. With the help of latest CG and technology this movie has brought the effects to a new level. Some scenes were brilliantly shot. Hats off to the technical department.

I know I haven’t discussed the plot,characters twists in the film that’s because if I did it would become spoilers for the people who haven’t watched it. I had got a chance to catch the film at IMAX(3D) which was definatly worth and needed for a film like this, the effects and visuals would be more enjoyable if you watch it on IMAX(screens).

Overall: This film was great as a fan you would love it as I did. People were disappointed with the prequel trilogy, but this movie certainly does not give us that feel.It makes a wonderful base for the upcoming films. We must thank JJ for his clean direction. This movie keeps us entertained till the last and adds to suspense at the end of the film. The actors also the new ones have done a great job. JUst go WatcH IT.

MAY THE FORCE BE WITH YOU!

:- For people who haven’t watched the Star Wars series yet do start to watch its never late to start.

:- for people who haven’t seen that film yet

“Patience you must have my young Padawan”-Master  Yoda. Make sure you don’t bump into any spoilers.